Museum of Samovars in Russia 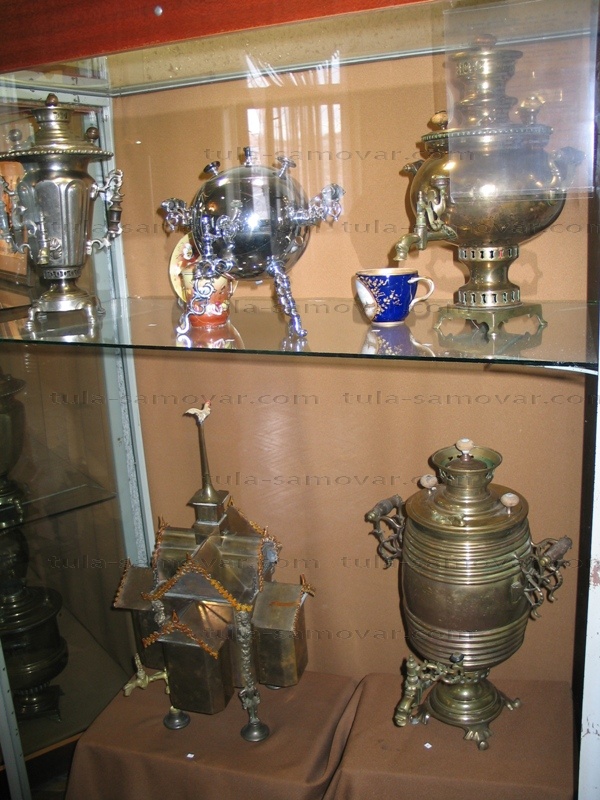 In many Russian museums that have expositions dedicated to the Russian way of life of the XIX century, one or more samovars are usually present among other exhibits. But in order to see in detail the evolution of samovars, which took place for more than two and a half centuries, you will need to visit one of the special museums, the exposition of which is entirely devoted to these devices, as well as supporting materials about them (advertising, instructions, etc.).

In Russia, the most famous are the "Tula Samovars", so it is not surprising that the largest museum of this kind, having a similar name, is located in Tula, in an old two-story building with columns (years of construction 1910-1911), standing under the walls of the Tula Kremlin (Mendeleevskaya Street , House 8). The extensive exposition of this museum is in three halls.

It is impossible not to mention the large private collection of samovars Mikhail Borshchev. At the moment it is exhibited on three floors of the park - the hotel Grumant (Schekin district of the Tula region) and is available only to hotel guests. In the future, a special building of a private museum is planned to be erected on the private plot of the park-hotel for this collection, accessible to all those who wish (paid).

The museum of samovars with a large collection (about 400 copies) is located in the town of Gorodets (Nizhny Novgorod region), in the ancient wooden building of the former Grishaev manor (11 Revolution Street Embankment). This museum was opened in 2007 on the basis of Nikolai Polyakov's private collection.

The museum "Russian samovar" in the town of Kasimov (Ryazan region) was also opened in 2007 - its collection has more than 400 copies. Address - Sovetskaya street, 4.

In 2011 the museum of samovars opened in Karelia (farm Kormilo). The collection of the Vorobyov family, which gathered for 15 years, includes more than 250 copies.

One of the traditional centers of samovar production in Russia is the Suksun settlement (Permsky Krai). In the local history and local lore museum these devices, as well as other products made of copper, are devoted to the second floor exposition. Address - Pervomaiskaya Street, house 52.

Private collection of samovars art historian Andrei Lobanov (years of life 1941 - 1998) is one of the most famous collections of this kind in Russia. It includes more than 200 samovars and approximately the same accompanying items (porcelain, engravings, etc.). This collection is periodically exhibited at various venues (in 2012 - in the Moscow Museum-Reserve Tsaritsyno).